Today’s young stars are struggling to maintain a successful, much-recognised music career while trying to keep a lid on their romantic life at the same time. Thanks to social media, it’s not hard for just about anyone to dig up the dirt on celebrities.

Look at how tongues are wagging at every twist and turn within the lives of famous couples like Taylor Swift and Joe Alwyn, Justin Bieber and Hailey Baldwin, or Miley Cyrus and (now ex-husband) Liam Hemsworth.

But it is not just a problem faced by the artistes of the Instagram generation. When it comes to public fascination, nothing compares to the enduring spotlight held over the romance of Beatles member John Lennon and Japanese artist Yoko Ono.

John & Yoko: Above Us Only Sky, a documentary about the making of Lennon's 1971 record Imagine, was recently released on Netflix – where it once again revived interest surrounding the love affair he had with Ono when they first met in 1966.

So why are we so enthralled by Lennon and Ono? Perhaps it’s because few relationships are as intriguing and complicated as the one they had. Also, their union resulted in some of the most iconic pieces of music and art.


Now, Lennon and Ono did not have a very ideal start to their relationship. In fact, by today’s standard, Lennon and Ono would have been crucified by the press and mercilessly taunted on social media with the hashtag #cancelled.

Lennon and Ono first met in an art gallery in London where he was fascinated by a tiny painting on the ceiling. He had to view the painting by ascending to the top of a ladder, look at it with a magnifying glass where the word “Yes” would be visible. 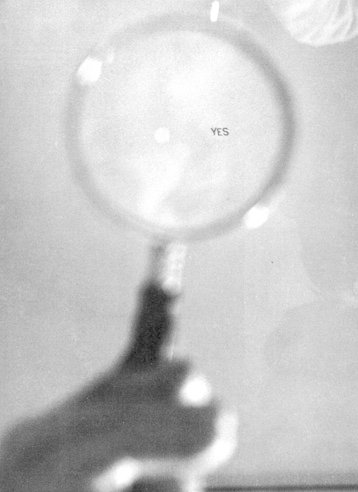 It was Ono’s very own artwork. Somehow, the tiny artwork was very significant to Lennon because he was afraid that message would have been something negative.

“It’s a great relief when you get up the ladder and you look through the spyglass and it doesn’t say ‘no’ or ‘f**k you' or something, it said ‘Yes…’,” Lennon told Rolling Stone in 1971.

When Lennon was introduced to Ono, he found out that the only Beatles member that she knew was Ringo Starr. The two then kept in touch through letters, and in the same interview, Lennon said he couldn’t really describe what it was like to fall in love with her.

“It was beginning to happen; I would start looking at her book (Grapefruit) and that but I wasn’t quite aware what was happening to me and then she did a thing called Dance Event where different cards kept coming through the door everyday saying ‘Breathe’ and ‘Dance’ and ‘Watch all the lights until dawn,’ and they upset me or made me happy depending on how I felt.”

Then in 1968, Lennon invited Ono over to his place and the two would end up recording an experimental avant-garde record called Unfinished Music No. 1: Two Virgins. They shot a nude full-frontal image and used it as the cover.

“It was midnight when we started Two Virgins, it was dawn when we finished, and then we made love at dawn. It was very beautiful.”

This may sound like a fairy tale beginning until you realised that Lennon’s wife Cynthia Powell had showed up to find her husband and another woman locking eyes with one another in her own home. Unsurprisingly, Lennon and Powell decided to call it quits.

Fellow Beatles member Paul McCartney was inspired to write the song Hey Jude after he tried to comfort Lennon and Powell’s then five-year-old son Julian, who was obviously affected by his parents’ divorce.


Giving The Media Full Exposure While Under The Covers


Ono and Lennon were married in Gibraltar on March 20, 1969. Then, they flew to Paris, France for a honeymoon. At that time, Lennon and Ono knew they were being vilified in the press. He had left his wife and young son for another woman.

That same woman was also being accused of leading Lennon away from The Beatles. It was a point that Lennon acknowledged in the song The Ballad Of John And Yoko with these lyrics: “The newspapers said/She's gone to his head/They look just like two gurus in drag…”.

Lennon decided to use his love affair as part of an anti-war demonstration to urge then-US president Richard Nixon into ending the harrowing war in Vietnam. The war which began in 1955 was entering another round of peace talks at the height of the Lennon-Ono affair.

From Paris, the two then made their way to Amsterdam, Netherlands and checked into a Hilton. This is where they invited the press to interview them from 9am to 9pm everyday as they lay in bed for about a week.

“We knew whatever we did was going to be in the papers. We decided to utilise the space we would occupy anyway, by getting married, with a commercial for peace,” Lennon said in this Time article where the quote was lifted from The Beatles Anthology.

“We would sell our product, which we call ‘peace.’ And to sell a product you need a gimmick, and the gimmick we thought was ‘bed’. And we thought ‘bed’ because bed was the easiest way of doing it, because we’re lazy.”

Lennon also recalled how he knew the reporters assumed they were going to find him and Ono making love in bed publicly. Instead, reporters were greeted with a sight of Lennon and Ono, fully-clothed, with signs saying “Hair Peace” and “Bed Peace”.

Some members of the press didn’t find Lennon and Ono’s Bed-In demonstration for peace amusing, but it didn’t matter to the power couple. All they wanted was the media to spread their message and it was a relevant one at that time.

“I was very aware that we were ruining each other’s careers and I was hated and John was hated because of me. We did everything together and we did everything publicly together. The Bed-In was our work for peace but we weren’t liked for it. How come they are even working together?” Ono said when she recalled, during an interview with The Telegraph in 2012.

All You Need Is Love


The world was against Lennon and Ono but the two had enough awareness to know that well, there were bigger problems out there than having the press scrutinise your every move. Lennon and Ono would continue to advocate for peace through music and art after the initial Bed-In protest.

One of the more famous works is of course, Lennon’s Imagine where Ono is credited as co-songwriter. They also have a son together, five-year-old Sean.

On the morning of Dec 8, 1980, Lennon and Ono posed for Annie Leibovitz for the cover of Rolling Stone. It was the iconic photo of a fully-clothed Ono being held and kissed by Lennon who was nude. In the same afternoon, while on his way home to Sean, Lennon died after he was shot by Mark David Chapman.

Ono has described Lennon’s death as “the worst of everything”. Lennon’s legacy lives on through Ono, now 86, as she continues to promote his call for peace, love and using your public persona as a platform to inspire positive changes.

10 LGBT Music Icons of our Generation